I include here some screenshots to give some look and feel of this game. This is not a review, just showing typical sceneries. The pictures have been resized down to fit better to the blog. 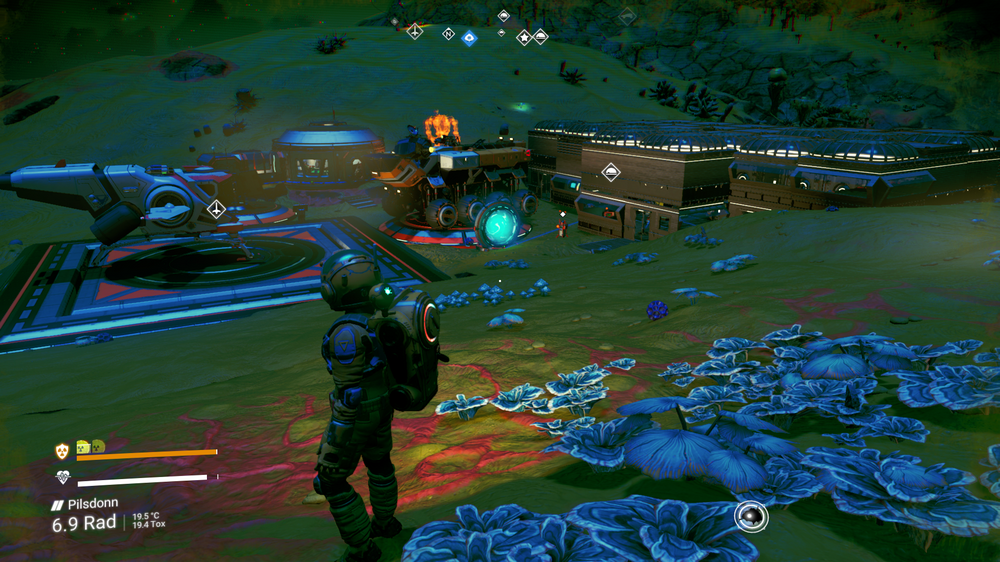 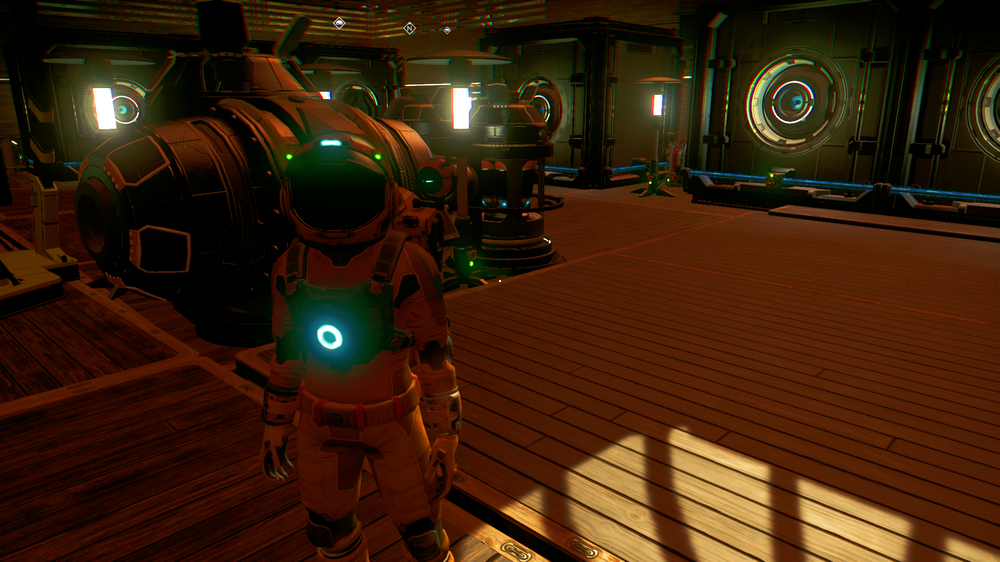 First base from space: 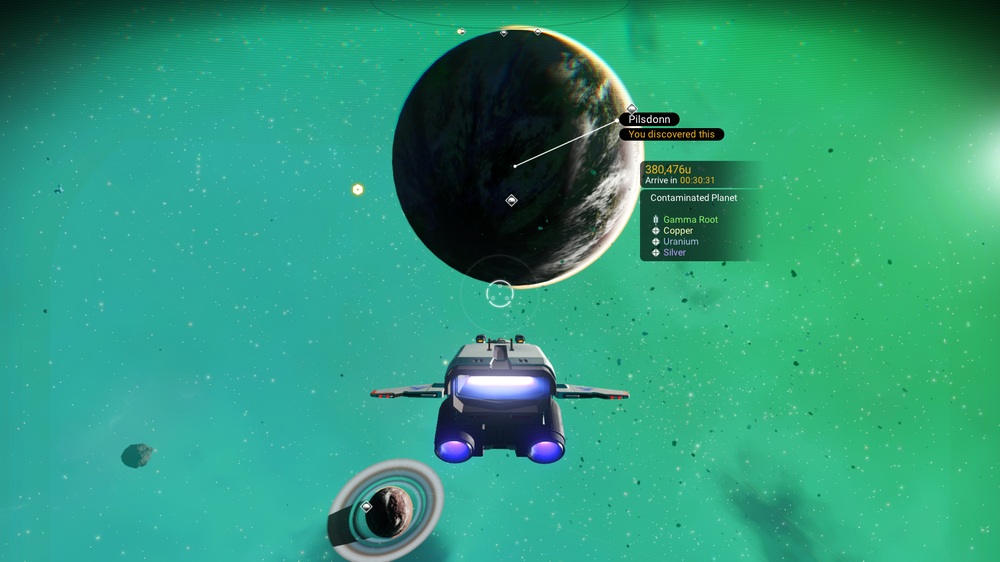 Arriving to space station with my space ship: 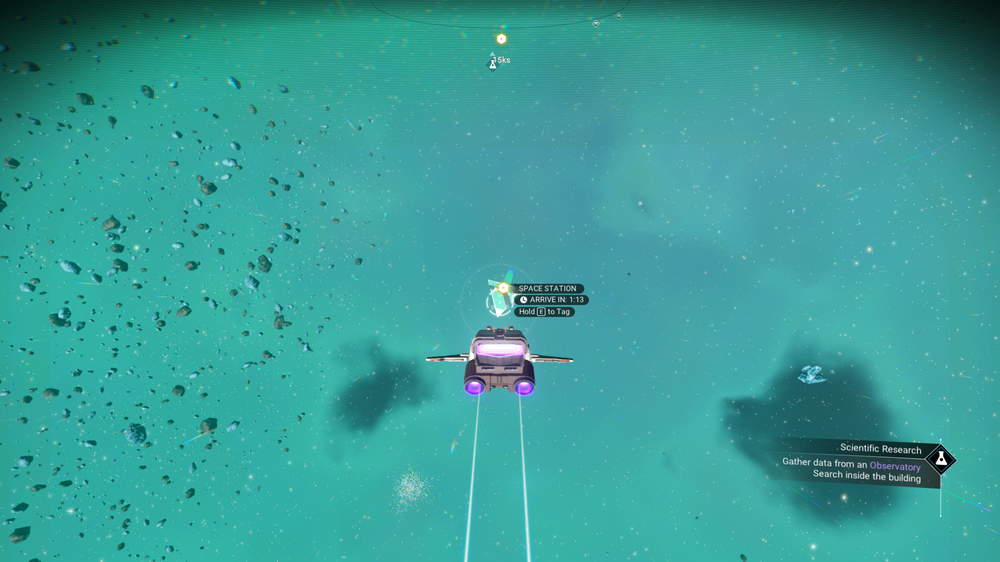 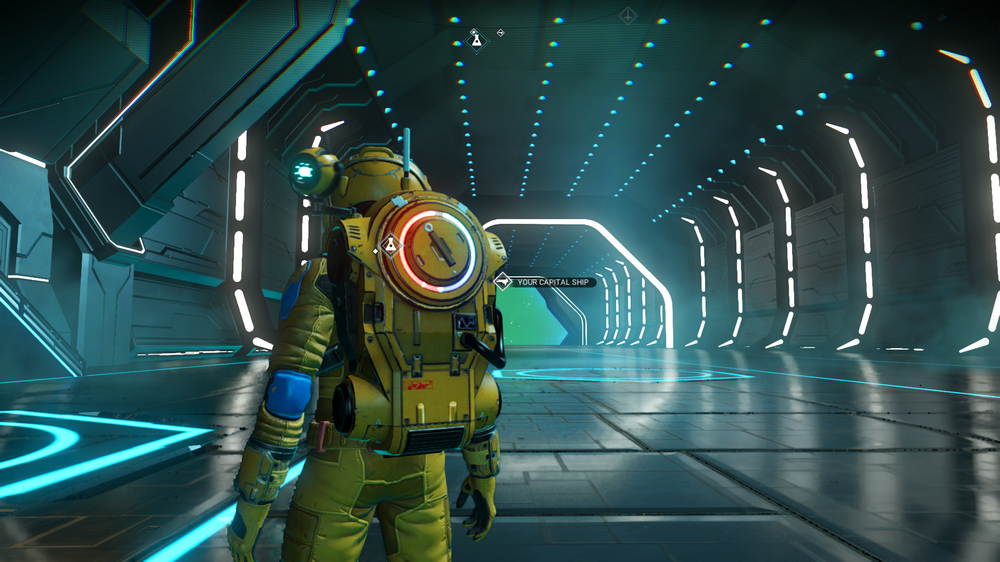 Arriving to my first freighter (the smalleer ships on left are called frigates): 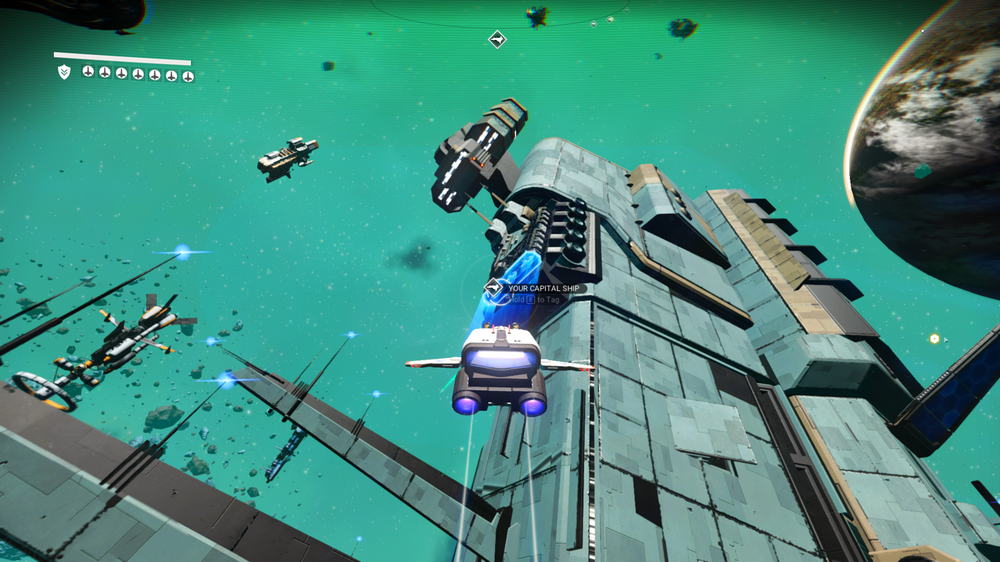 Inside freighter, one can create your own rooms like this (with some NPC workers): 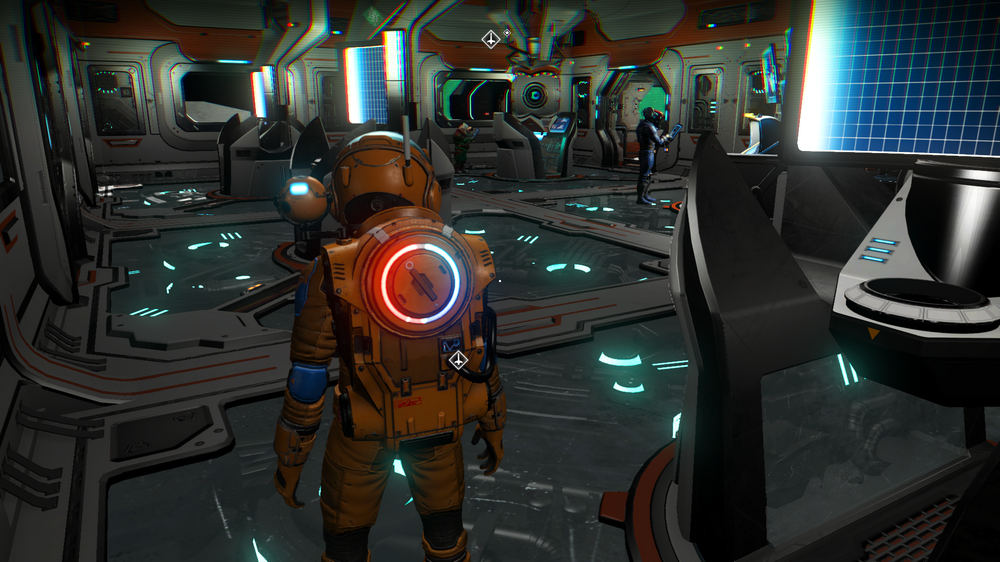 List of bases, where I can teleport to (teleports exist in space stations, but you can also build own owns at bases and freighter): 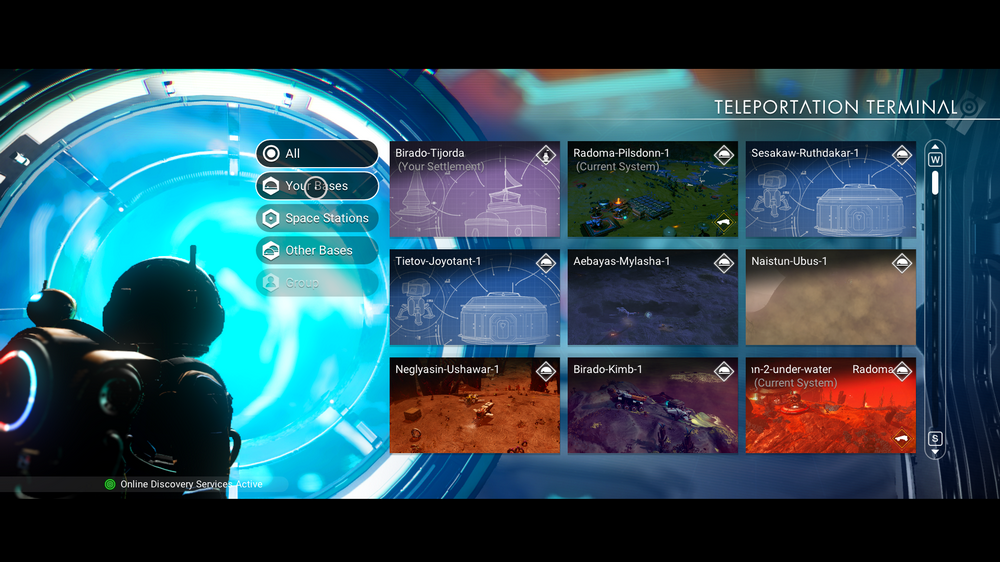 All my vehicles (except underwater nautilon), one can have 6 spaceships, and several exocrafts: 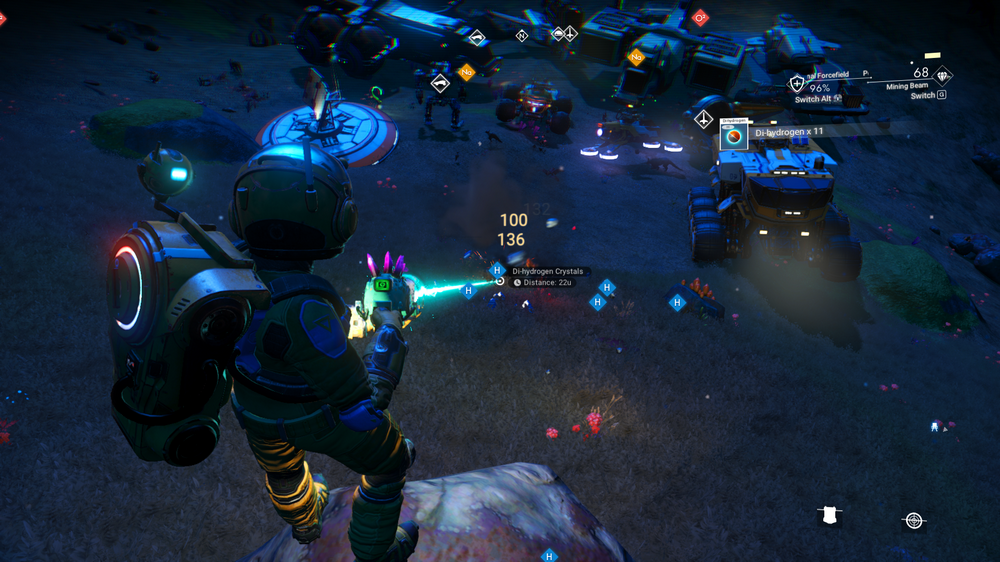 Underwater, after getting out from Nautilon: 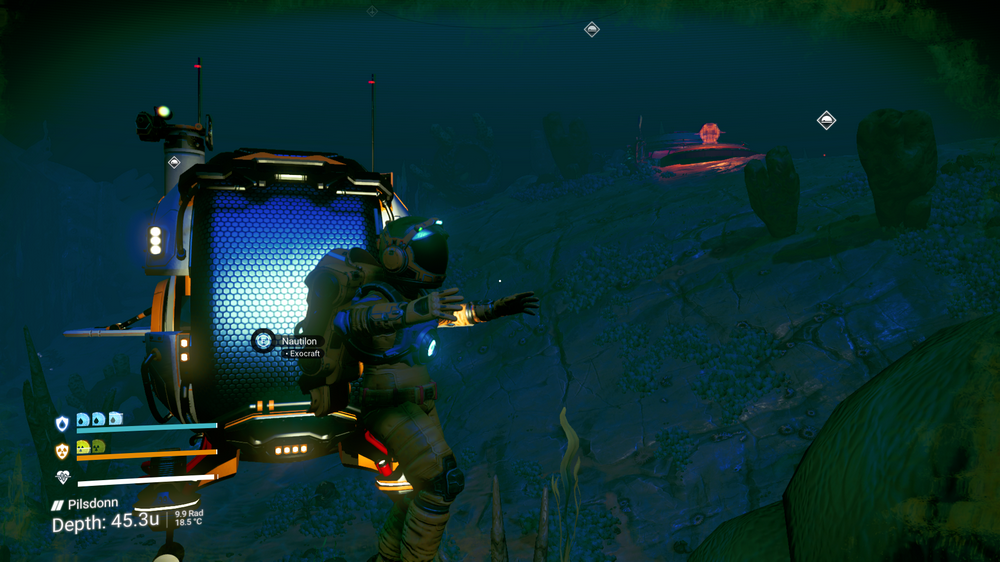 One can also find an settlement and take the Overseer position, here is view from the high hill to a settlement. The flying drone in picture is “reward” from some questline in settlement: 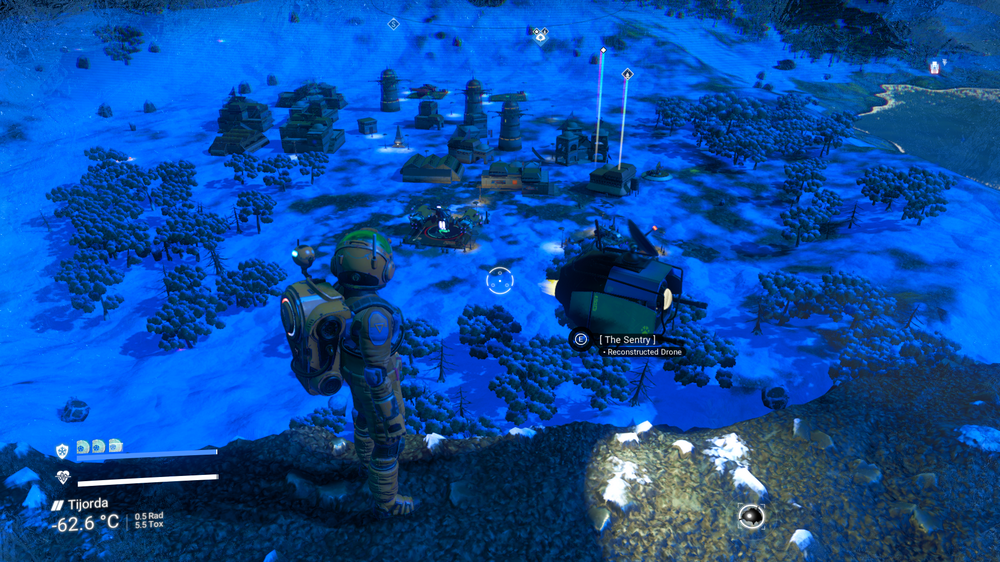 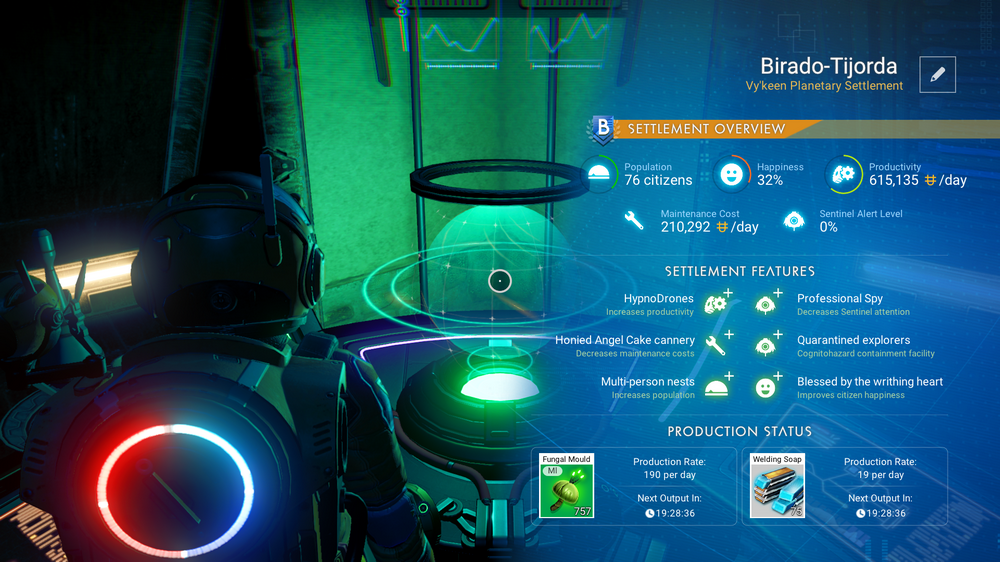 Sometimes (not often), one need to defend the settlement from 6 sentinels: 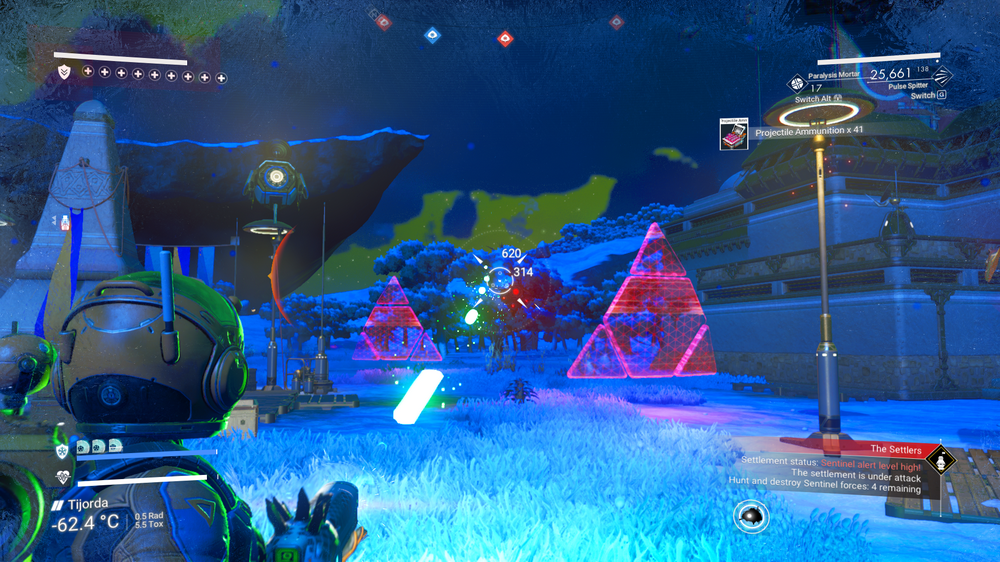 harvesting, called mining, is big activity, here on my way to dig out the Buried Technology Module, and getting some Carbon and Mordite from the trees with mining laser: 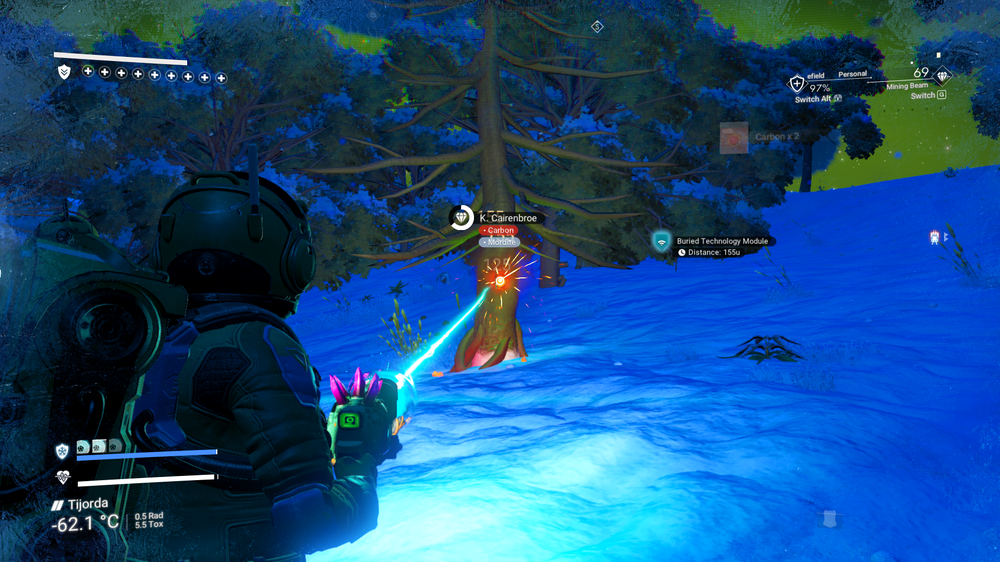 Using refiner to create some ammunition, one can harvest/mine the raw items yourself, or buy in space stations: 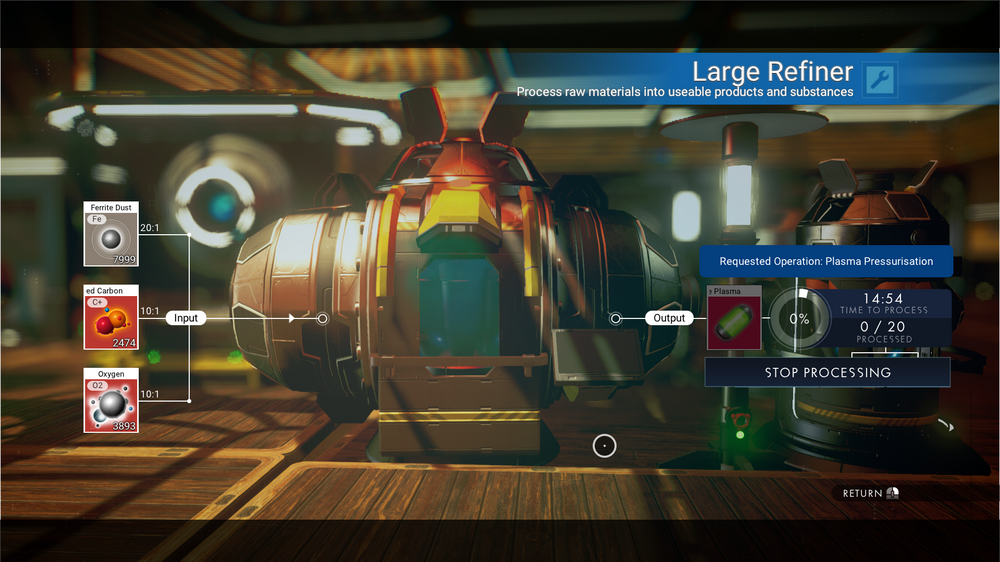 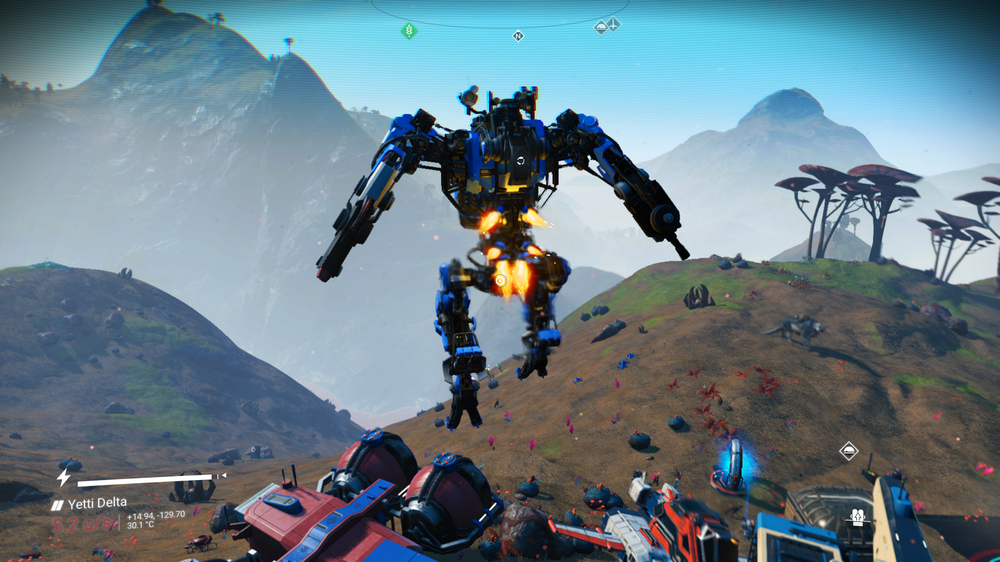