It is used especially in gaming, but it can easily be used for small working teams or for family multiparty talks. 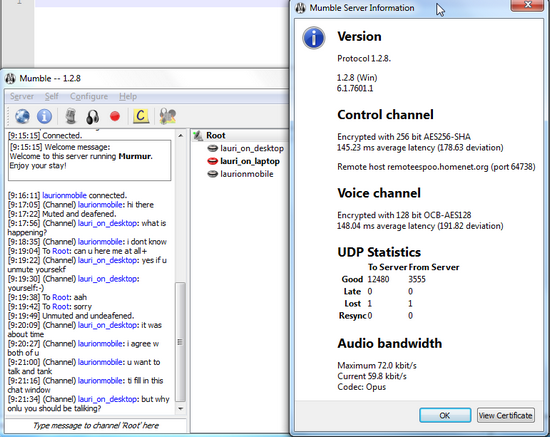 For home users, one can use dynamic dns in order to route the connections from internet to one windows computer (where the murmur is running).
In this example, a subdomain from FreeDNS is used (it is free). In the firewall, allow both UDP and TCP.

murmur is included in the mumble installation. One can run murmur when needed, or run it as a service.

There exist pages for explaining the protocol. Both the voice and control (including chat) are encrypted by using their own protocol.