Registax, Tool for enhancing an astro image from set of images

It is possible to improve your sky photos by using stacking tool like Registax. The input needed is a set of repetitive photos. For Canon cameras, there exist modification called CHDK with an intervalometer script, with which it is staightforward to take repetitive photos.

Lucky imaging is one form of speckle imaging used for astronomical photography.

With lucky imaging, those optimum exposures least affected by the atmosphere are chosen and combined into a single image by shifting and adding the short exposures, yielding much higher resolution than would be possible with a single, longer exposure which includes all the frames. 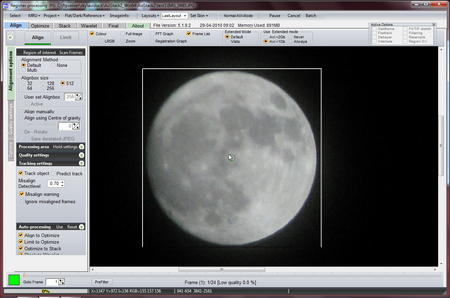 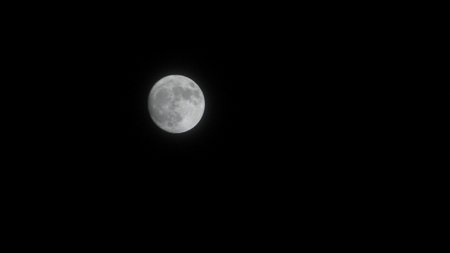 Enlarging the Moon close to the pixel level (limited by blog size) reveals that on the single photo the surface is not all the way detailed, see below: 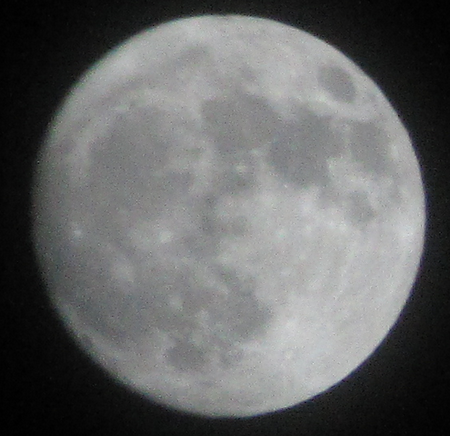 In this set, all about 20 photos were used in the registrax program to improve the picture. The result is shown below. 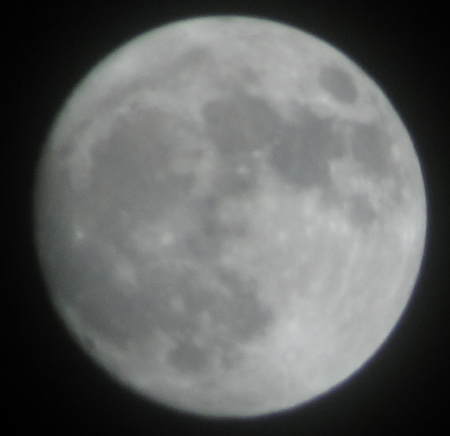 By taking more photos, optimizing the camera setting for better contrast, and selecting only the best photos for registax, then the results would be even better.

The overall photo of Jupiter, with 3840*2160 pixels. Jupiter is seen as bright object, but it’s moon is not really visible. 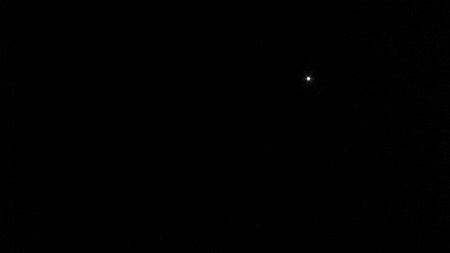 At pixel level the photo shows one of the moons (on right). 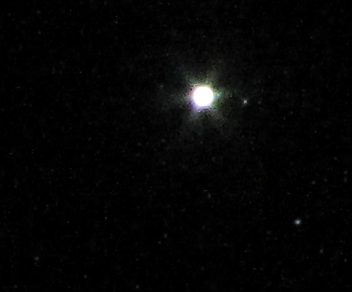 After set of 25 photos processing in registax, the result is shown below. The result depends on the number of photos and on the quality of photos used in registax. 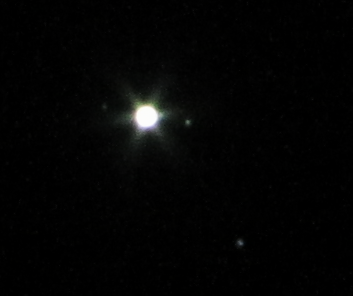 Registax revision 6 did not work for me, but revision 5.1 is working fine.