Holographic images are already in use

Will the holographic images change our way of living? Check out the videos below to get an idea…

There is clearly a security aspect too, since one could send hologram into a concert… 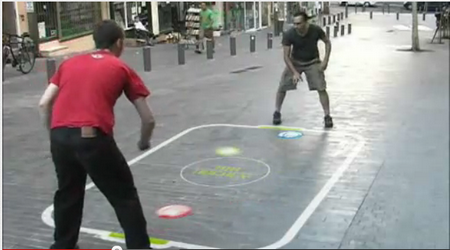 Holography refers to the technique that enables light scattered from an object to be recorded and later reconstructed. The product of holography, called a hologram, may be projected via this technology so that it can be viewed as a three-dimensional image.

A hologram is often described as a three-dimensional picture. While this is a good way to get a general idea of what you would experience looking at one, holography has very little in common with traditional photography.

While a photograph has an actual physical image, a hologram contains information about the size, shape, brightness and contrast of the object being recorded. This information is stored in a very microscopic and complex pattern of interference. The interference pattern is made possible by the properties of light generated by a LASER.

Holography is a technique which allows the recording and playback of true, three-dimensional images. The image is called a hologram. Unlike other 3-D “pictures”, holograms provide what is called “parallax”. Parallax allows the viewer to move back and forth, up and down, and see different perspectives — as if the object were actually there.

More about the subject

Note: Holographic 3D image means that when you change your angle of view, then you will see different part of the 3D image. If a plain screen is used, then even when changing your angle of view, you still see the same image. (I hope the example videos above are all real 3D images)

This entry was posted in Innovation and new tech. Bookmark the permalink.