For a home PC, remember to create System Image

Installation CD/DVD’s are not always included when you buy a new home PC (desktop/laptop). However, one day one might need to recover the PC. (Often it is a matter of time.) At that time, it is easily done by using a system image.

System image need to be created early soon after PS has been taking into use, so that the system is still as “clean” as possible. Ideally system image is stored into separate media (DVDs), but storing on the same physical disk is better than nothing (ie. on logical drive D:).

Some manufacturers, like Packard Bell, include their own tools for the same purpose

When you start a new computer, popup windows typically remind you about this important step.

Well, it happened to me, that one day I decided to remove several unnecessary software from my home computer. Unfortunately after reboot, some parts were no longer functioning. For some reason there were several problems related with flash player and ATI graphic card. Finally after failed fixing attempts with flash software and graphic cards drivers, I restored the PC from a system image which had been created 1,5 years earlier, and luckily it worked! 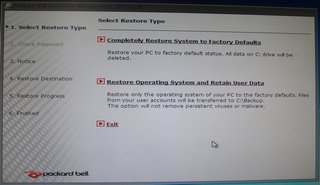 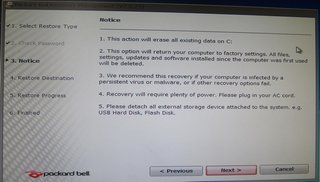 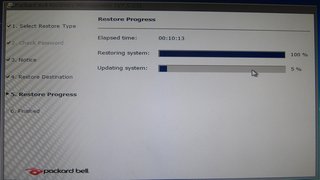 This entry was posted in Tips. Bookmark the permalink.