VirtualBox is well known tool for running guest OS inside host OS. A portable version is called Portable-VirtualBox, and it can be runned without installation (but requires admin rights).

VirtualBox is a powerful x86 and AMD64/Intel64 virtualization product.

Portable-VirtualBox is a free and open source software tool that lets you run any operating system from a usb stick without separate installation.

Installation went as instructed, portable tool downloaded the virtualbox installation. Then some distributions were downloaded from their images page. Distribution images with “name.vbox” file are ready to use. For distribtions with “.vdi” file one need to create a new virtual machine, and use “.vdi” as disk. The figure below shows the default settings used for xubuntu. 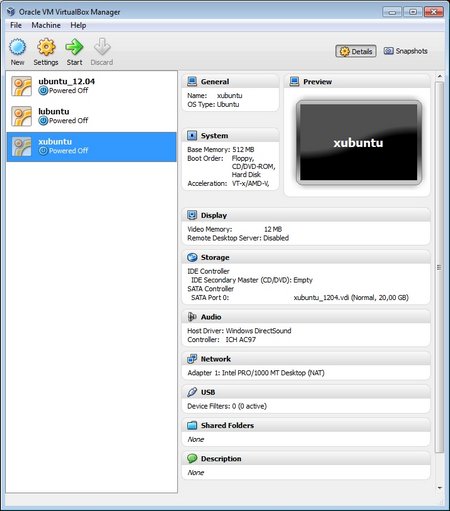 Flash videos tend to be problematic issue with some linux distributions. A test was made to play a youtube video. In order to do that, adobe flash player plugin was installed. Only with xubuntu this was done without problems (see figure below). 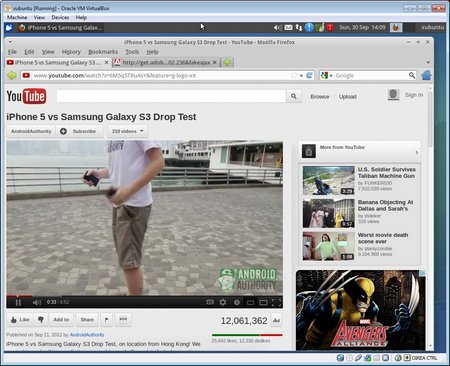 This entry was posted in Anvanced Tools, Tests, Tips. Bookmark the permalink.