MeshLab is a free and open source alternative for creating 3D models (meshes) from capture data. 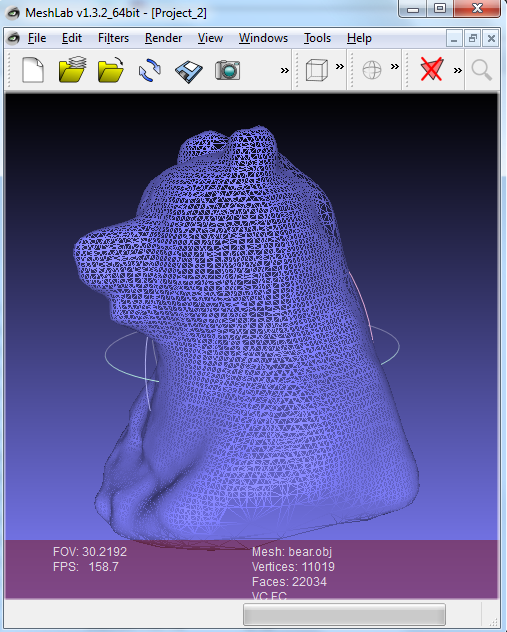 3D scans of an object are imported. First they are aligned by selecting 4 common points. 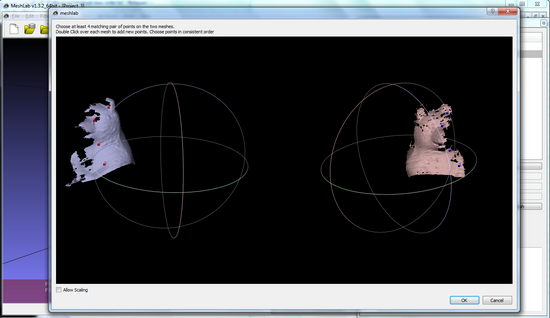 The result is shown below. The color differences are from the 3D scans, and shows that dispite of the color, the alignment result is quite good. 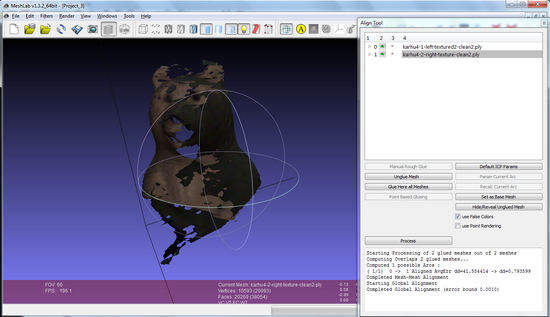 The 2 pieces were joined together (“flatten visible layers”), and a closed 3D surface was created. The result is shown here as a wireframe. 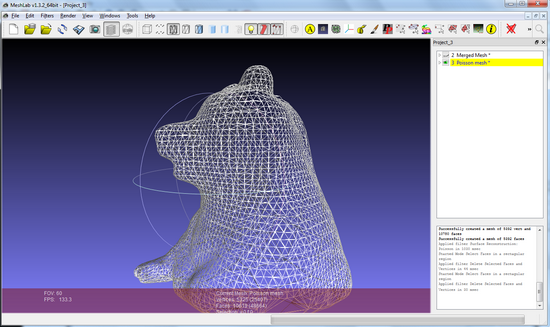 At this point the 3D object could be exported to a 3D tool. Or one can also create the object color in MeshLab as shown below. 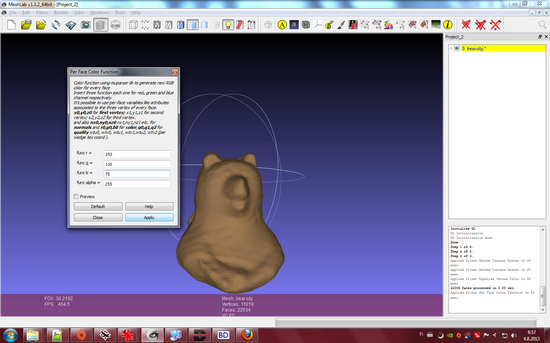 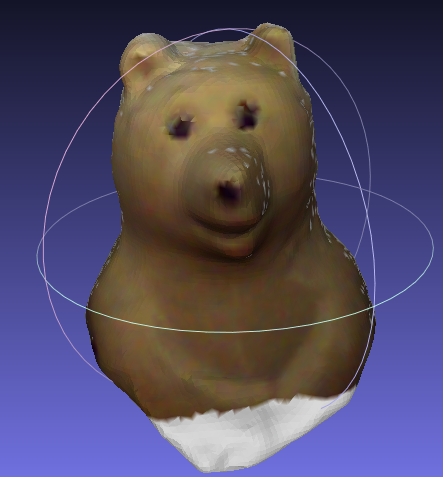