VisualSFM is a GUI application for 3D reconstruction using structure from motion (SFM).

wikipedia: Structure from motion (SfM) refers to the process of estimating three-dimensional structures from two-dimensional image sequences which may be coupled with local motion signals. 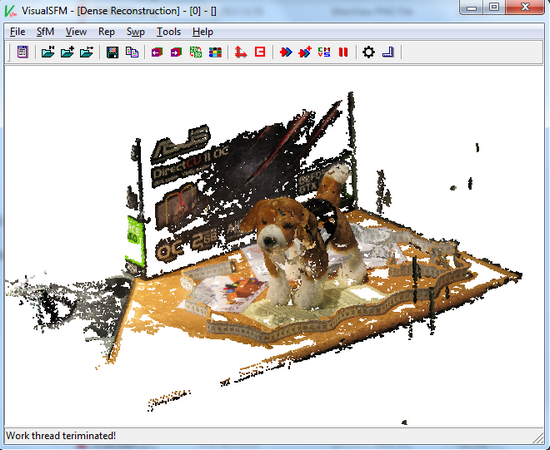 The SfM menu was used:

Note, the 3D meshes shown below have not been manually edited, nor smoothed, the meshes are as calculated by VisualSFM or Meshlab.

The texture via “Vertex attribute transfer” is shown below. The method is explained here. 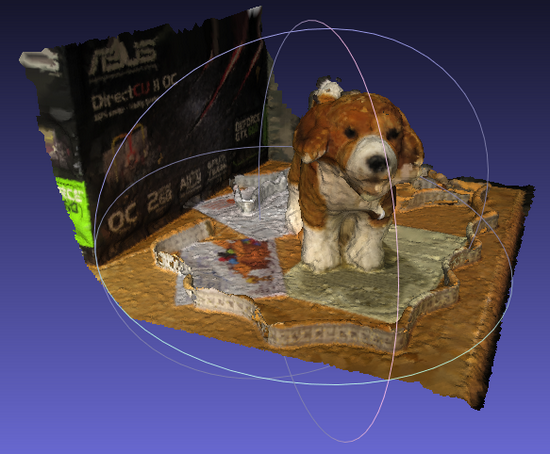 The texture via “Parameterization + Texture from registered Rasters” is shown below. The method is explained here. 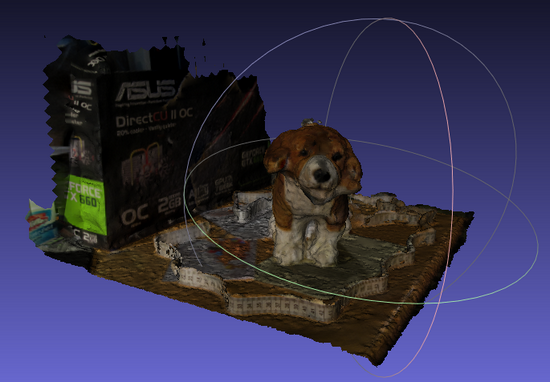 Looking the 3D object in the Art Of Illusion, it shows the surface roughness. 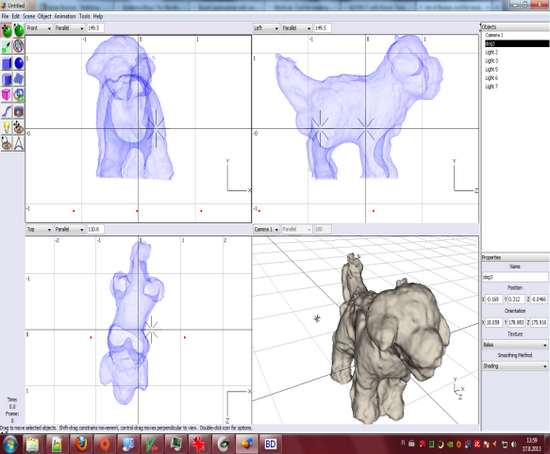 This entry was posted in Anvanced Tools, For Fun or Interest, Hobbies and Other Interests, Recommended Free Tools. Bookmark the permalink.